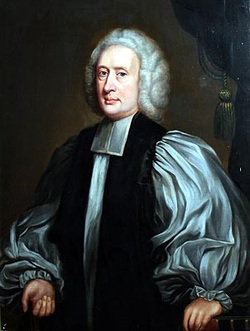 The Joseph Butler Society exists to promote discussion in the field of the Philosophy of Religion. It was established in Oxford in 1986 by the then Nolloth Professor of the Philosophy of the Christian Religion, Basil Mitchell, originally as a means for graduate students to present and discuss papers. Richard Swinburne then presided over the society during his time as Nolloth Professor. Between his presidency and a successor being appointed, Tim Mawson acted as President. He was succeeded in that role by the next  Nolloth Professor, Brian Leftow. Since his departure for Rutgers, Tim Mawson has again been acting as President. The society's meetings normally consist of a paper presentation of just under an hour by a philosopher from Oxford or an invited guest, followed by discussion.

The society's namesake, Joseph Butler (18 May 1692 – 16 June 1752) was an English bishop, theologian, apologist, and philosopher. He was born in Wantage in the English county of Berkshire (now Oxfordshire), and studied at Oriel college, Oxford, before becoming ordained. He is known, among other things, for his critique of Thomas Hobbes's egoism and John Locke's theory of personal identity. During his life and after his death, Butler influenced many philosophers, including David Hume, Thomas Reid, and Adam Smith.